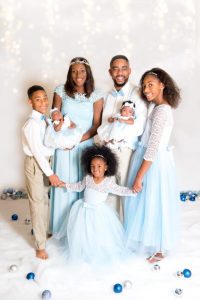 Wayne is a native of Hopkinsville, Kentucky, where he was a teammate of Higher Goals Co-Founder Andre Buckner. Coach Watts graduated from University Heights Academy in 1999, where he was an All-Region and Honorable Mention All-State guard. He helped lead his team to back-to-back state titles during his junior and senior seasons. During his senior season, Coach Watts averaged 15 points and five assists per game. His team held National Rank honors of #4 in his freshman season and #11 in his senior season. 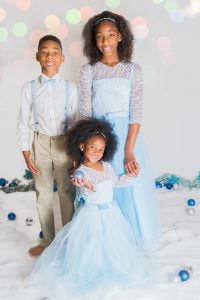 Coach Watts then attended college at University of North Carolina, where he graduated in 2003 with a B.A degree in Management and Society. He also played on the junior varsity basketball team for two seasons, as one of only three freshmen to make the team. He averaged 9 points and 5 assists during his two seasons.

Upon graduation, Wayne spent three months working as an Account Executive for the Asheville Altitude of the NBA Development League before being called up by the Atlanta Hawks as a Group Sales Executive. Wayne then spent two years in Atlanta working in sales for the Atlanta Hawks, Atlanta Thrashers, and Phillips Arena. He also spent one season working on the Atlanta Hawks’ basketball development team, running camps and clinics for youth in the metro Atlanta area. 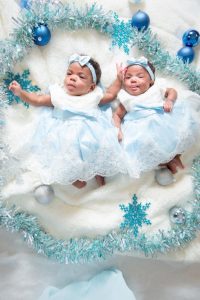 Wayne then opted for a new challenge, moving to Denver, Colorado to spearhead a start up venture for NBA Player Greg Buckner of the Denver Nuggets. Wayne helped to lead the charge establishing The Greg Buckner Foundation, a non profit organization dedicated to serving the youth. The foundation was extremely successful, raising over $50,000 for Hurricane Katrina victims, awarding scholarships to hundreds of youth via basketball & education, and trademarking a signature “Celebrity Bowling Event” that would become an annual staple.

Greg signed a free agent contract with The Dallas Mavericks and Wayne moved there with him to continue the foundation’s work for several years. Wayne’s next project was one near & dear to his heart as he started an event planning business called 515 Watts, in honor of his late mother, whose birthday was May 15. The company planned signature events for celebrities and athletes. Prior to starting HG, Wayne also held a position as a Youth Basketball Manager for 24 Hour Fitness, focusing on skills training & development in the DFW Area.